Dave Jackson from the School of Podcasting is one of eight inductees entering the Academy of Podcasters Hall of Fame. The ceremony at 7:30pm ET tonight in Philadelphia is a highlight of Day One of Podcast Movement. Other inductees include Chemda and Keith Malley from “Keith and the Girl,” Father Roderick VonHogen from The Daily Breakfast, Grant Bociocco from The Radio Adventures of Dr. Floyd, Pamela Gay from Astronomy Cast, Reggie aka Combat Jack from The Loud Speakers Podcast Network & The Combat Jack Show and Scott Johnson from Frog-pants Studios.

Dave Jackson was a recent guest on LivestreamDeals. He says keeping his speech to five minutes is the biggest challenge.

I asked Dave which of his many podcasts has had the biggest impact.

In addition to the Hall of Fame ceremony and speech tonight, Dave has a full schedule at Podcast Movement.

Daniel J. Lewis from The Audacity to Podcast will be inducting Dave into the Hall of Fame. More info on tonight’s ceremony and the inductees at AcademyofPodcasters.com.

On the viewing schedule today:

8pm ET – It’s the Best of BeLive with Ross & Rachel. Mike Allton from AgoraPulse joins us to talk about the role of live streaming in influencer marketing. That’s on the BeLive.tv Facebook page. 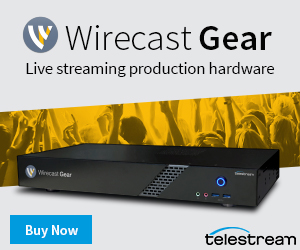