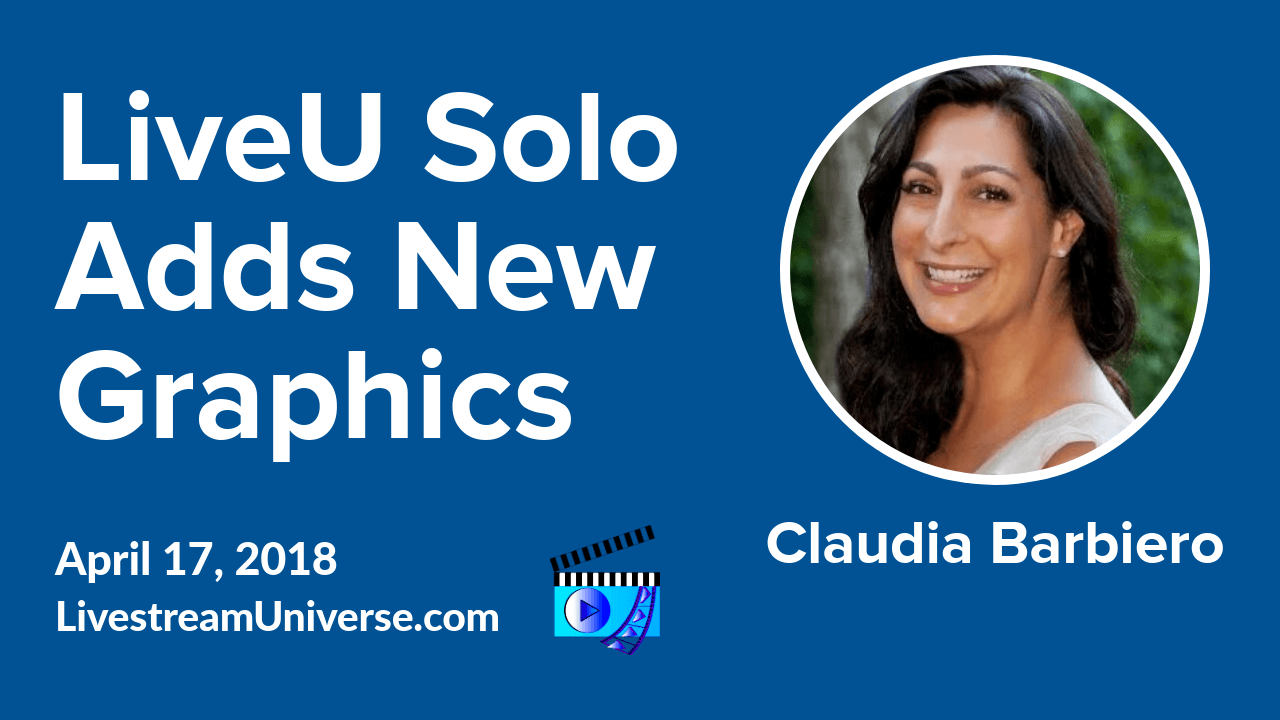 Individual content creators also rely on the LiveU Solo’s ability to stream to social media from even the most bandwidth challenged environments. Claudia Barbiero is LiveU’s VP of Marketing. At last week’s NAB Show in Las Vegas, she talked with PTZ Optics about the new graphics capabilities coming to the Solo portal.

What is the degree of difficulty for learning the new features?

LiveU Solo’s new graphics capabilities will be live at Streaming Media East in early May. You can learn more about the LiveU Solo at GoSolo.tv.

Tonight at 8pm ET, it’s Best of BeLive with Ross and Rachel. For this episode, it’s a different twist. We turn the spotlight and critical eye on our own live streaming material. Join us live on the BeLive.tv Facebook Page at 8pm ET. 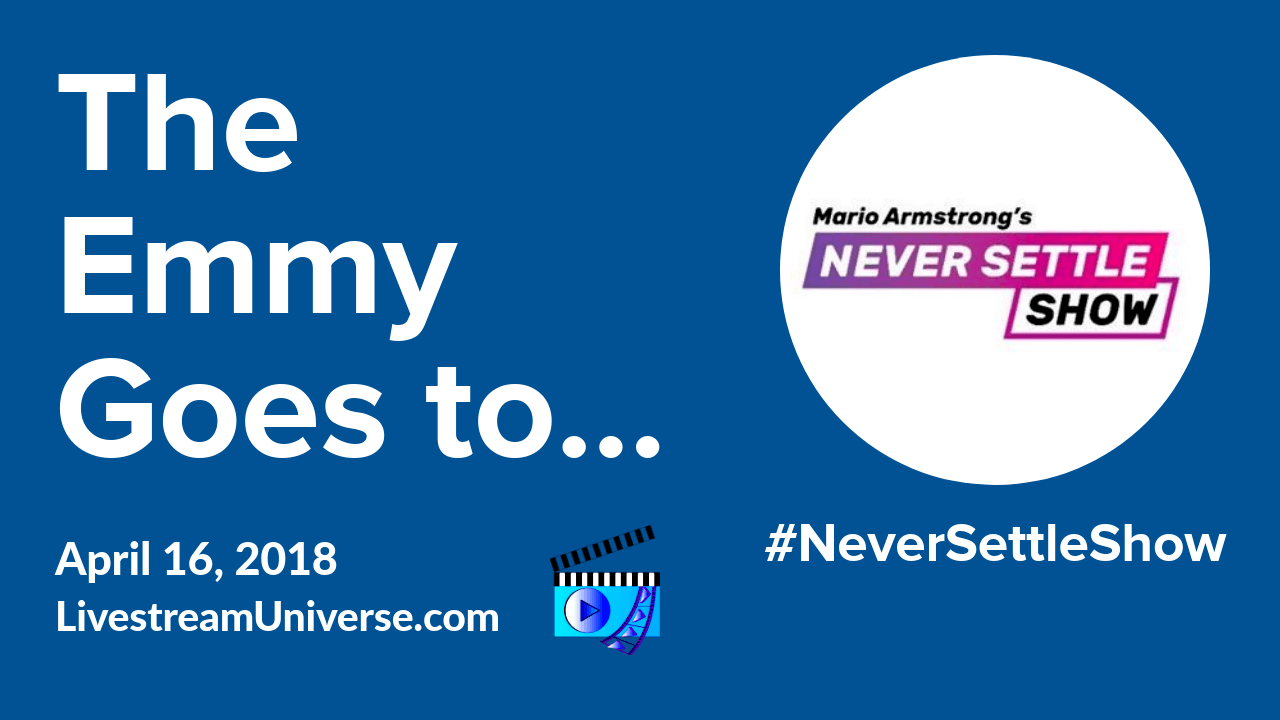 The Emmy nominees included Newsday.com, MSGNetwork.com and WPIX-TV, but the winner of the NY Emmy for Interactivity goes to Mario Armstrong’s Never Settle Show, co-produced by Roker Media. Cathy Nolan was a cast member and the show’s caricaturist during the Emmy-winning first season. She said an Emmy never crossed her mind when she joined the show.

The Emmy for Interactivity rewards “cutting-edge innovation by actively engaging audience participation over multiple media platforms,” including “(digital and social media elements) to drive engagement before, during and after the broadcast.”

Cathy said Mario’s own journey in creating the Never Settle Show embodies what the show is all about.

What made being part of season 1 so special?

Thanks to Cathy Nolan for spending time and sharing her thoughts on the Never Settle Show’s Emmy Award. You find out more about Cathy and see her artwork across social media at @cathynolanart.

At 3pm ET today, Owen Video is leading an Ask Me Anything show on BeLive Weekly. He’ll have other BeLive hosts joining him to help answer your questions. That’s on the BeLive TV Facebook page.

Live Streamer of the Year; Why Livestream? (Update Ep46)

Have you ever wondered what attracts successful content creators from other mediums to live streaming? Mike Murphy is a podcaster and a prolific video tutorial creator. He talks about why he’s relaunching the Ask Mike Murphy livestream show after a long absence.

You can hear all about his plans and motivations for Ask Mike Murphy in Episode 136 at MikeMurphy.co.

On the livestream viewing schedule:

9am ET – It’s Nimmin Live on YouTube with Nick and Dee helping you grow your YouTube channel — watch that at YouTube.com/NickNimmin

10:30am ET is Ask The Podcast Coach – Dave Jackson and Jim Collison take your questions at askthepodcastcoach.com/live.

At 11am ET, it’s Fork It Over Radio with Leslie Nance of go2kitchens and her husband/sidekick Robin. Get the latest news and tips on making your body inhospitable to cancer through your kitchen. View on Periscope or on the Fork It Over Radio Facebook page.

Show & event links at our website. For http://LivestreamUniverse.com, I’m Ross Brand. Have a great weekend! 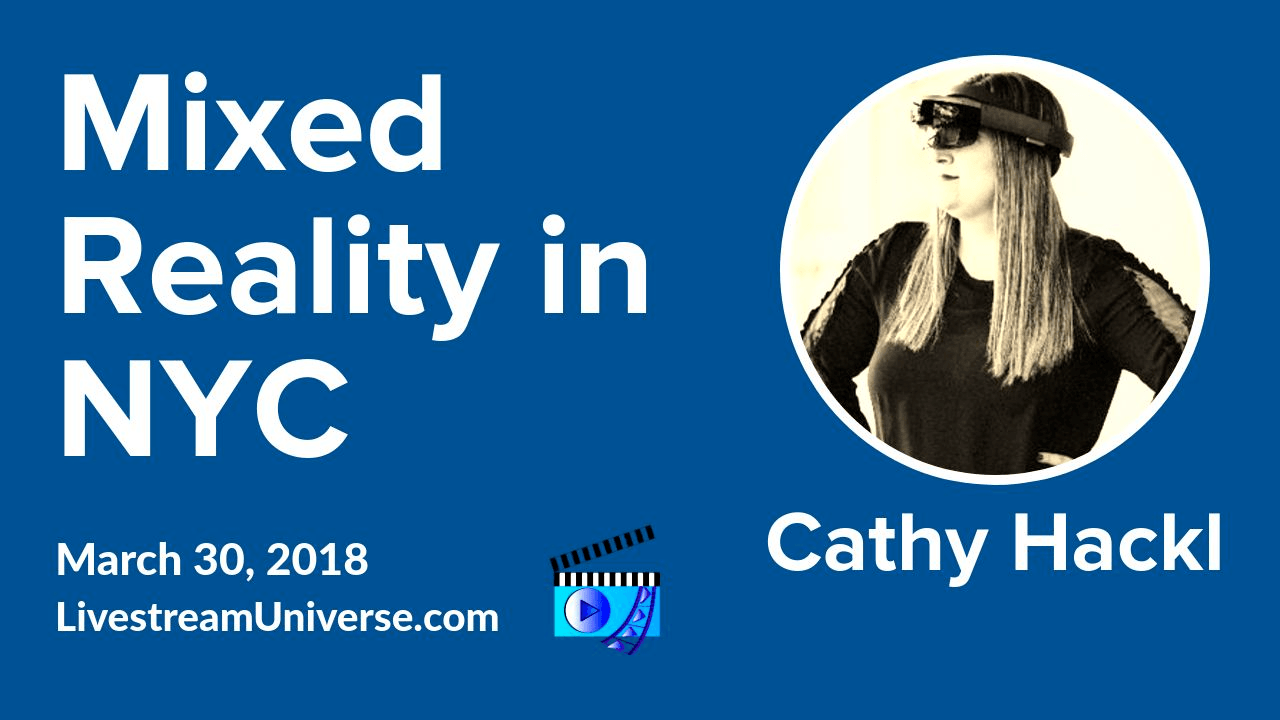 NBC News took home the Digiday Award for “Best Use of Facebook Live” for it’s “Chase the Total Solar Eclipse with Us” coverage. Mario Armstrong’s Never Settle Show was among 5 finalists for the Award out of more than two thousand submissions. Two more shots at the big prize for Mario and company… Season One of the Never Settle Show has also been nominated for Two Emmy Awards. The Gala is April 14th in New York City.

Emmy Nominee Cathy Hackl is bringing the Mixed Reality Marketing Summit to New York City on September 6. The one-day conference features keynotes and panels from some of the world’s leading voices in MR marketing and technology.

At 3pm ET today on Facebook Live, Eddie Garrison talks about finding your brand’s voice on social media on his EG Live show.

Saturday at 9am ET, it’s Nimmin Live with Nick and brother Dee live on YouTube answering your questions and providing channel reviews.

And then on Sunday at 2pm ET, it’s the Live Stream Insiders — Krishna De and Peter Stewart on Facebook Live — sharing their take on developments in Live Video.

Also, check out the latest episode of the Mike Murphy Unplugged Podcast. It’s his Instagram Business Show. And nobody does Instagram videos and stories like Mike Murphy. 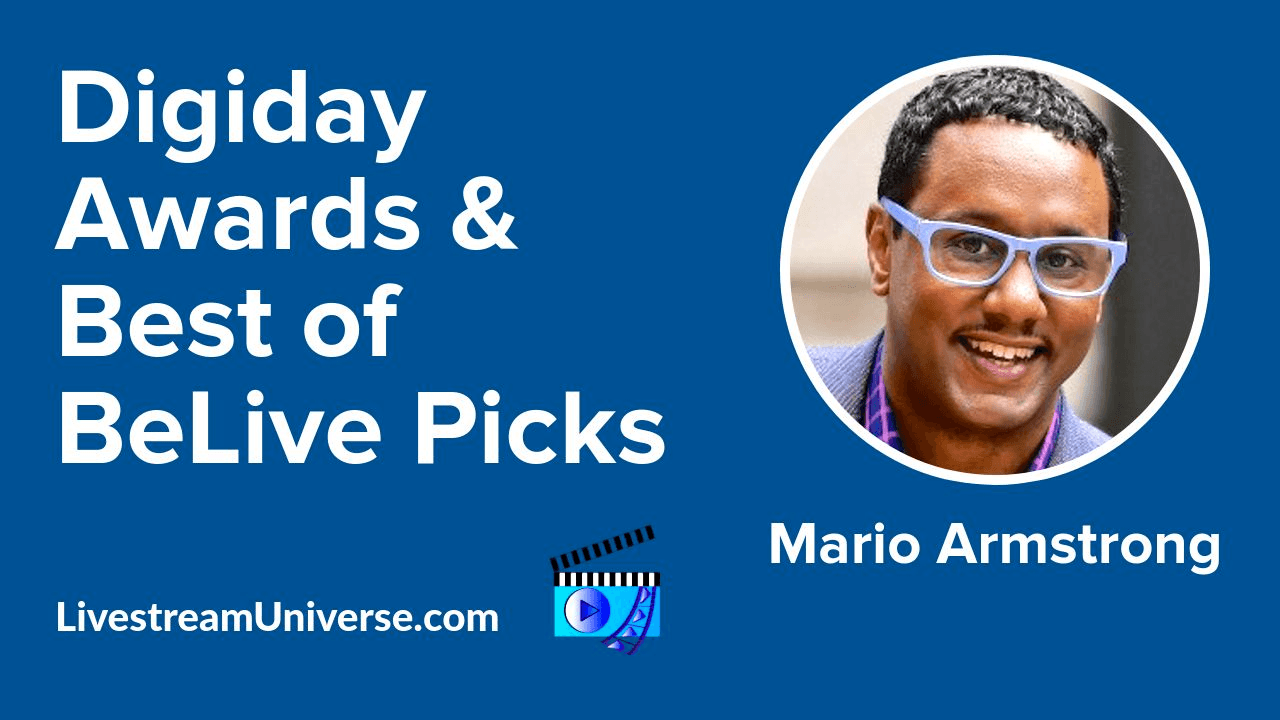 Award nominations keep pouring in for Mario Armstrong’s groundbreaking Never Settle Show. Tonight it’s the DigiDay Awards, where the Never Settle Show presented by Nasdaq is up for Best Use of Facebook Live. The Digiday Awards honor the most creative content from brands, marketers and publishers. Competition is tough in the Facebook Live category — other nominees include NBC News, Refinery 29, Ball is life and Bleacher Report’s NFL Draft Show.

Our other Best of BeLive pick this week is Be Live in Five hosted by Steven Healey and Tina Shang. in addition to live streaming 4 times a week, they also offer a free course on getting started with BeLive. Nearly 4000 students have completed their course! Rachel Moore and I host Best of BeLive every Tuesday at 8pm ET on the BeLive.tv FB page.

Show links at our website. For LivestreamUniverse.com, I’m Ross Brand. Have a great day!